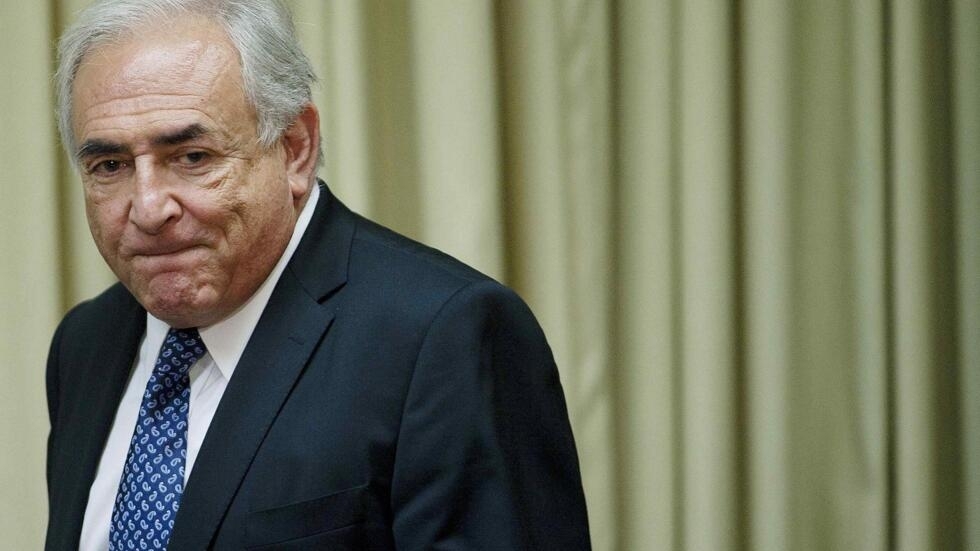 Dominique Kahn-Strauss. Minister of economy , Finance and industry (1997-1999) in the Cabinet of Lionel Jospin. From 28 September 2007 to 18 may 2011, he was managing Director of the International monetary Fund. The case of attempted rape against ex-IMF chief Dominique Strauss-Kahn is closed
In new York, the last meeting on the case of former IMF chief Dominique Strauss- Kahn was held. Prosecutors stopped believing in the candor of the Sofitel hotel maid Diallo and dropped charges against Strauss-Kahn. Dominique Kahn-Strauss – the most likely candidate from the socialist party for the post of President of France after President Sarkozy

Warning to the reader. Due to the lack of qualified translators, the texts presented here contain gross errors and even absurdities. Excuse me. Youre ALProk

According to the analyst and not only the author of these lines-Israel may well apply to the Olympic Committee for the inclusion of a new national sport – to Put once in 3-5 years, either the Prime Minister or the President of the country. Even Vladimir Putin ,who ” put ” many prominent politicians, military and police officials in the prison, cannot claim to be the first in this sport. Israel today is the absolute leader in this sport! Congratulations to coaches and mentors from prosecutor’s office. Long live democracy and national justice.!!! I do not know whether our king Solomon (Shlomo a Melech) is turning over in his coffin these days, or whether he is happy with his descendants…?! By the way, Vladimir Putin once made a public joke about the landing to prison of Israeli President Moshe Katsav. Vladimir Putin is a prominent man, an athlete and generally a risk-taker (such women like), of course, a brutal man. But the fact is that the former security officer is already popular all over the world, not excluding Israel Sports (probably someone has already applied to the Olympic Committee to expand sports. Of course, Ancient Hellas (Greece) is archaic. The Olympics certainly unite the peoples of the world today, but women (especially on the eve of March 8) also unite the Nations the world and along the way the economy of industry related to fashion, beauty contests (AU, President D. trump) jewelry production, etc. ). So back to the Russian President. You, our comrade President of Israel Reuven Rivlin, should follow the example of the Russian President. Well, for example, you in a public place accidentally and awkwardly turned your head and stared at the naked legs of Madame N ( and they specifically bare the legs – this is already laid on the genetic and molecular level). So I recommend that Your guards use the “Brit -Milа 4th power” . The tools for receiving are simple. Shield, cloak-tent, etc. Guards proactively run up with a shield to the designated aunt N and close her bare legs cutting off the paparazzi view of the client guards. Or cover the face of the President of the country with a shield. She-she doesn’t want to carry a message to You from our esteemed President Reuven Rivlin. For what – the question is once accidentally looked at the legs of an unknown Madam (still sexism!) such to our current President…?! But in our life and not only in Israel But all over the world everything happens! We have put the President of the country in prison because of women. In France, perhaps the potential French President was simply removed not only from the post of head of the IMF, but also from the horizon of political life in General… And in our country, the national sport of “putting the Prime Minister-President” is still growing and developing… Yes, we also put the chief Rabbi! Imagine that in Bulgakov’s Great novel “the Master and Margarita” Mikhail Afanasievich describes the incarceration of a member of the synendrion or the high priest Kaifa himself in a Roman prison on charges of sexism…?! First, in the Jewish religion, there is no vow of celibacy for anyone. We Jews honor the Creator’s Covenant ” be Fruitful and multiply”. Secondly, the author of these lines is quite openly looking at women ‘s legs (if there is a sho to see konesho …!. ). He is not afraid of prison – he has already been in prison-but only for two days! But the main thing is either in prison or a bitter thought sho you went out in circulation as a man … in Short I will go to prison with my head held high together with Mr Moshe Kahlon out of solidarity… and again Mr. President of Israel, if the shields do not work, send a couple of Mossad employees to train in Moscow, Putin’s friend Bibi will agree… but do not delay, or they will put you in prison (no, not You yet, but our Bibi… However, if you believe our little Israeli Bonapartist Liberman-Amir Peres is already aiming for Your place…). In a word, we live fun, guys are not boring, there is something to show the world besides the Israeli high -tech !!!