Politics. Israel after the election

Рlease translate what I said earlier

Hello all my YouTube viewers. No! My YouTube channel’s audience. YouTube makes media moguls! So I’m one of them. Vivat YouTube-thank you on behalf of the new media moguls of the world..Chok-chok.blog and I Al. Рroc Presents the film is “Тhe Wuhan – first win!”.

I started writing about coronovirus in October, November 2019. You say it’s not true! Only virologists knew about the” coronovirus family ” at that time. This is true. I could not write about something that almost the entire population of the planet earth did not know yet, as it knows today. I wrote.about the “infection” that hit the political life of Israel in 2019. The election lasted a whole year. For a whole year, the country’s budget and other important functions of the state were partially paralyzed. The largest political forces in the country, the ruling Likud party and the opposition, have waged a war for power, and these forces have not always used pure methods of political struggle. The history of Israel did not know all this in such a volume before. Of course, this will echo in the next election. Already in February-March 2029 .I started calling it the ” coronavirus of power.” And it was, alas, about the” Coronovirus of power ” not only in Israel, but also in most countries of the world. US President Donald trump has threatened to withdraw funding (280 million dollars’) The world health organization and accused them of collaborating with the Chinese Communists. Mr. President of the United States. this is not quite true. More precisely this at all not so! This is evidenced by a very sad fact of history. At the end of December, China declared a Pandemic throughout its territory. In more than two months (70 days …!!!!)  On March 11, 2020, the world health organization announced the state of the global Pandemic. This can only mean one thing. Many countries, even developed ones such as (in the first place) Italy, France, Spain, great Britain, and even Germany were not given timely warning of the impending disaster. There were no stocks of protective masks and gloves. There were no necessary supplies of medicine for people with “high risk”, people with asthma and diabetes. About expensive and scarce even in normal times, artificial ventilation devices, I will not mention. But most importantly, the huge peaks in tourist flows and movements of business people around the world have not been stopped. And they all-both tourists and businessmen were exposed to the greatest danger of being infected and spreading the deadly virus further around the world to large masses of the world’s population. They were all kept in closed rooms for a long time and in close contact with each other.These are planes, trains, buses, and sea liners. Of course, history tends to repeat itself either as a tragedy or as a farce. Of course I mean our historical experience of a century ago on which we humanity should have seemed to learn…?! But according to their old habit, they shoved me in the Ass and Forgot! Yes, I’m talking about the Spanish flu pandemic in the last year of world war 1. Then, in 1918, huge military contingents were moving from America to Europe. Some of them American soldiers were infected with a dangerous strain of flu. The name “Spaniard” this strain of deadly flu was due to a historical misunderstanding – the government of Spain at that time honestly warned Europe and the world about the impending terrible danger, a pandemic extremely destructive unprecedented in the history of the disease. This was given to them by the fact of the total overcrowding of hospitals and hospitals in Spain by American soldiers and infected Spanish citizens. In fairness, this strain should be called “American” or “Chinese” because it is not known for certain on what continent and in what country it first appeared and began its deadly campaign taking the lives of 20 to 50 million lives.

Warning to the reader. Due to the lack of qualified translators, the texts presented here contain gross errors and even absurdities. This article is originally published on Russian button. Excuse me. Is Your АL. Proc 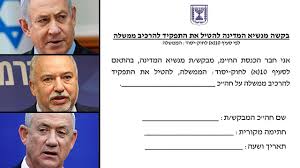 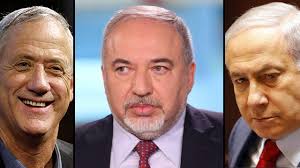 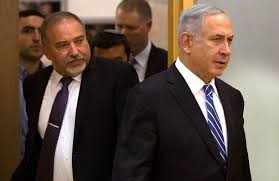 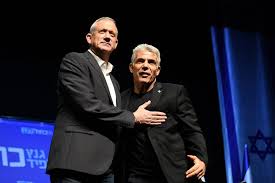 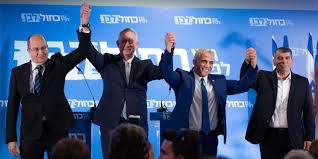 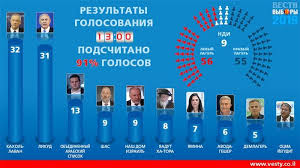 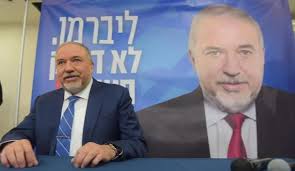 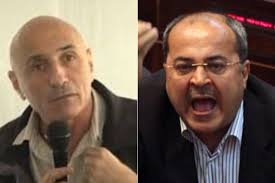 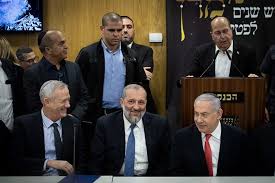 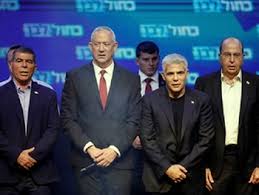 Everyone in our team plays football, and you are a friend on the far right what game do you play on our field…?! 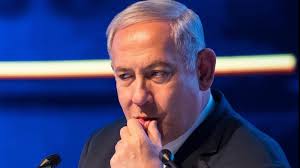 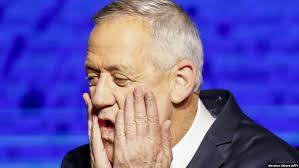 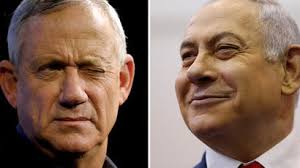 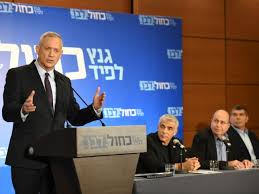 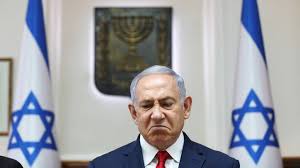 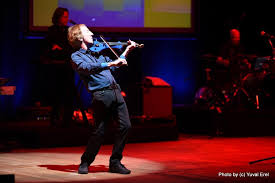 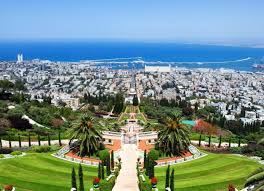 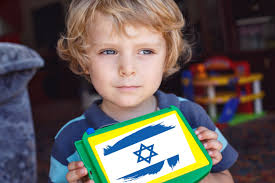 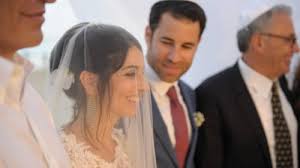 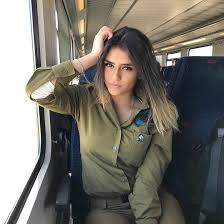 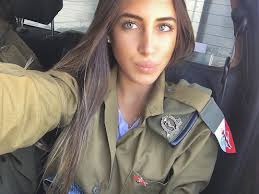 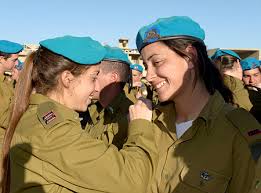 What was, will be and what was done will be done and there is nothing new under the sun. Ecclesiastes (king Solomon, Shlomo a Malex)

Virus as an infection and coronavirus in our power today. There is always sunshine after a storm, isn’t there, my friends?!

Political situation
Israel March 2020.
Today is March 8, 2020. I congratulate the women of the world on international women’s day. Health To all young and old. Happiness! Joys. In everything-from the laughter of Your children and grandchildren, to the attention Of your men, to the satisfaction of working at Your workplace and at home, in the kitchen!
P.S. Today there are many women in the world who are fighting for their rights. Support! But please, without fanaticism and … sorry, idiocy! You’ve so intimidated all the men on the planet that I’m afraid … we’ll all die to hell if it goes on like this with sexism and all Your other stuff. Do you hope that you will be able to conceive your children in test tubes without men…?! Well, well … try … foolish daughters! Sorry!

On the political situation in Israel on March 8, 2020. It is not quite as vague as newspaper journalists and political commentators in other media like to write . For a serious analyst, after the final count of the central election commission (“CEC”) votes, everything gradually fell into place . Let’s try to decide.

1.The electoral weight of the right camp and the left is approximately equal. This was confirmed by three previous rounds of voting. Here I am not talking about the formation of coalitions, but rather about the “clean votes” received: A) By the ruling Likud party and the new “Cahol-Lavan@ party that is contesting power in the country. B) Parties that make up the concept of a political bloc. This may also be a coincidence of the main bases and political platforms of the allied parties. An example of Likud is the so-called moderate right-wing party, while the Yamina Alliance of parties (leaders Naftali Bennet and Ayeledh Shaked) is positioned with more extreme right-wing positions and views. After the September 17 election and the publication of exit polls, the Yamina party reported a split and a decision to go to the 3rd election on March 2, 2020 the two parties “Jewish home” – National unity and “New right” (leader indefatigable Aeled Shaked). This immediately gave rise to the Deputy Yoaz Handel from “Cahol-Laban” to declare that after the separation from “Yamin”, the leaders of the New right party Naftali Bennet and Ayletet Shaked can be considered as partners for the formation of the rule of law ( meaning under the management of “Cahol-Laban”). Poor deputy Yoaz Handel he did not know how all the parties in Israel in 5 months “swirl in new ice dancing” – – the political situation after the “Moment of truth” on March 2, 2020 and further after counting 100% of the votes…
2. So, as of March 8, 2020, the actual constructions of the right and left political camps, rather than hypothetical ones, became obvious. This happened after the “keys of Israel’s happiness (or Vice versa-the misfortunes of Israel)” by their owner A. Lieberman were handed over to the leader of the “Kahol-Laban” General Beni Gantz on receipt. The General replied in military style: “I Accept. We must go on.” The main character and chief intriguer of the second and current third elections, Avigdor Lieberman, finally played the Overture promised to music fans in the Carnegie Hall of the Cahol Laban party. We will return to this outstanding musical event of the first third of the 21st century, which Maestro Avigdor Lieberman dedicated to Israel, because as one literary hero said ,” this thing will be stronger than Faust.”

3. Thus, Maestro A. Lieberman’s magic conductor’s wand, along with his 7 soloists, was transferred to the chief conductor’s cahol-Laban for further use. Many Israelis have become clear and obvious cryptic words of the chief conductor of “Cahol-Laban” – ” we must go further…According to all the laws of polyphony, the final Overture for the formation of the ruling coalition must be performed by 15 musicians of the new musical group called “Common list”, that is, the Union of Arab parties of the sample of 2019. The” ominous ” prophetic words of Maestro B. Netanyahu came true, along with the brilliant mathematical calculations that the Maestro addressed to the Israelis before the elections.
So, as of March 8, 2020, the actual constructions of the right and left political camps, rather than hypothetical ones, became obvious. This is the final Overture for the formation of the ruling coalition. From conductor A. Lieberman, along with his 7 soloists, the conductor’s baton passes to the chief conductor of the orchestra of the coalition of left forces (parties) led by “Cahol-Laban” to the bloc (Union) of Arab parties called “Common list”. The orchestra that the chief conductor will bring from the ” General list “to the United orchestra” Cahol-Laban”, Avoda-Meretz and joined them on March 8″ our house Israel “(7 musicians including Maestro Lieberman) consists of 15 soloists-musicians, which is twice as much as the musical composition of the last”and Liberman who joined them”. The statement of almost all analysts in Israel, (including the author of these lines, that in the hands of “joined them” are the keys to the future government of Israel in 2020 was true, almost iron-but … exactly up to the time of hour X. already exit polls on March 2 (election day or day X) showed that the ruling Likud party is ahead Of “kakhol Laban” by as many as 5 seats. There was only nothing left for the right-wing orchestra’s victorious fanfare – 2 mandates, that is, to get only two musicians to the right-wing lager orchestra. The task is quite feasible for an experienced impresario … Get out of what? From the air?! – No! Until half of the votes were counted, the right had the hope of getting another, and best of all, 2 seats. The hope of the left on the contrary was in deep pessimism and sadness. And the chief conductor of the left said that the defeat is not for nothing…nodding in the direction of the right. The position ahead of Likud and Co over Cahol Laban and Co held for almost three days. During this time fanfaronade Likud and trained hard for the subsequent performances in the main squares of the land of Israel. On the contrary, the conductor of the main composition of the Left camp admitted defeat, which upset not only his electorate but also some others … This situation lasted exactly until the actual vote count reached the 75% mark. Fate-a villain in a step from the victory of the Right camp took away from him first one mandate, and then another! The situation in both camps changed dramatically. Fanfaronists reduced the number of rehearsals from 3 to one per week. The conductor of the left who admitted defeat-gloatingly declared that someone was happy early. And he didn’t say that he was the first to fold his paws in front of the winner.

7 thoughts on “Politics. Israel after the election”

previousCrazy news from chok-chok (Koronavirus to Paris. Tramp and Putin -knight’s move.
nextExcerpt from “The Deal of the century and the lessons of history